My friend Jim Eshom whacked up some footage from both readings and an interview with me to create this promo video for the novel. I think it looks terrific; thanks very much to him, Jessica Amal Rice, Lamont Webb, and Alec Sherrie for helping put it together.

...and I find myself muttering to myself, yet again, “I am George Costanza.”

Or Larry David. We all know now who George Costanza represented on Seinfeld. Whatever. The point is, like George (or Larry), any impression that people have of my intelligence is quite exaggerated. The dirty truth is:

Perhaps I’ve just heard you gasp. No. It’s true (and if I didn’t hear you gasp but rather mutter, “I never had a doubt of it,” you can just move on). I may have attended good schools, may have been blessed with parents who stressed education, but those gifts were battled with a laziness that could never be conquered. I'll pit my laziness against anyone's. If some scientist smarter than I (lucky grammar guess!) could discover a way to bottle sloth and convert it into energy, my work ethic could bankrupt every Saudi Arabian oil prince before The Master opens this Friday.

The bare fact is, as a result of my laziness, I possess huge gaps in my education, huge gaps, gaps large enough for an NFL running back to scamper through, untouched, to large gains, long swaths of yardage, galloping into the secondary easily, prompting Jim Nantz or Al Michaels to gush, “He ran through a hole large enough to drive a Mack truck through,” thus ending their effusion with a preposition but leaving their television audience with no doubt as to the size of the hole, only the conviction that the hole was vast, vast-

Well, see, that’s what I mean. That’s a goddamn long sentence, way too long for the point I’m trying to make. Also, I started to make the point but, distrustful of myself, immediately grasped for a sports analogy, the refuge of the man who watches Football Night in America while drinking a Super Big Gulp of Diet Coke (perhaps you hear me protesting, “C’mon! It’s diet!”) rather than even attempt to read The Economist. That sentence is another example of how any indication that I may be intelligent is a mirage, fool’s gold-

Okay, I’ll stop. Suffice to say, gaps, man. Huge gaps. To wit, I own a lot of books, to the point where visitors to my loft look at the shelves in my living room and murmur, “Man. Lotta books.” Books about every possible subject: novels, history, humor, even cookbooks. If I had a nickel, though, a nickel for every one of those books I have not read, I could bankrupt Stephen King before his next eBook hits your Nook.

Well, that ends now. Or at least, I begin to end it. Because I’m committed to closing those gaps, to sending the self-teaching equivalent of Haloti Ngata (Defensive end for the Baltimore Ravens; I can’t be expected to quit sports analogies cold turkey) through the gaps of my education to sack the Tom Brady of my ignorance, and because I like bold proclamations of projects as well as making lists and attempting to cross items off those lists, one-by-one, I will take a huge step towards rectifying it.

Another long sentence. Well, one step at a time, and I don't need to link to Tom Brady, do I?

You may be aware that, along with my partners David P. Johnson and Matthew Hoffman, I have written a musical entitled M.V.P. Well, you are now. The titular (which I like saying not simply because it’s literary-sounding) term stands for “Most Valuable President,” for the musical deals with many of the American Presidents throughout history vying for the honor of which one was the most valuable. We’re putting it up in the spring of 2013, you should check back here for updates.

With that in mind, a project I am undertaking as soon as I sign off here is to read, in order of when they served, a biography of each American President. Starting with George Washington and ending with Mitt Romney (C’mon, I’ll be done by 2016! No Chris Christie until the next time!), I will dive into, if not the definitive book, at the very least a serious biography about each man (i.e., that means no Bill O'Reilly). I want to learn more about each President, how they ticked, the time in which they served, and the ramifications of their leadership.

After each, I’ll post a little something - not so much a review as a little piece, perhaps a humor piece. I’ve got an idea for something larger based on this, but for now, I’ll give over just a pastry that I bake with my thoughts on each President.

First up: For our first President, George Washington, the strapping horseman from (Earnin’) Mount Vernon, Virginia I will be reading the 822 pages (how many?! Yikes. (sigh)) of:

Washington: A Life by Ron Chernow
Read it with me!

So, please feel free to come along for the ride. By posting this, I’m putting my ass out there. I can’t risk, years from now, people taunting me for not completing the climb of this mountain of biography. And feel free to tell people; God knows I’ll need all the support I can get while I’m slogging through 800 pages on Grover Cleveland.

..And before you ask, I’ve made an executive decision - I don’t have to read two biographies on Grover Cleveland.

Ngoti rushing off the corner!

Posted by Sophisticated Rogue at 12:00 AM 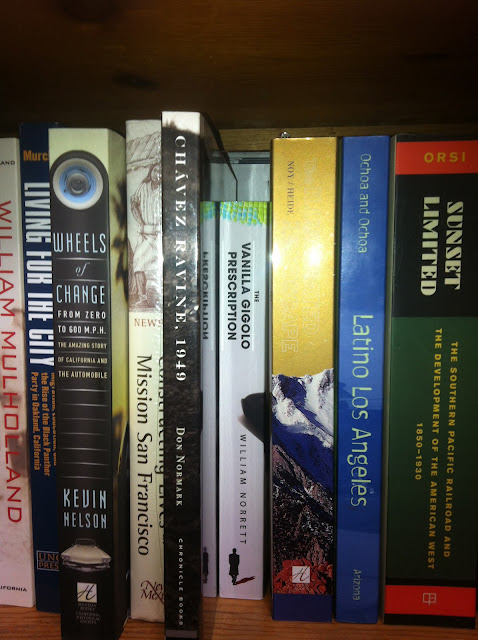 Up on the "Los Angeles & California" shelf at Skylight Books on Vermont Avenue in Los Feliz. I think the only reasonable course of action, should you find yourself in the area, is to go into the store, ask for The Vanilla Gigolo Prescription, and then demand to know why they only have one copy at this point. Go forth?
Posted by Sophisticated Rogue at 7:31 PM

Thoughts, info, musings on what's coming up. Click on the M.V.P. tab to keep up-to-date... 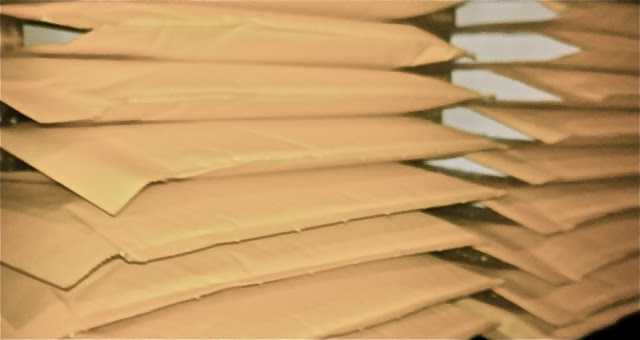 Getting the packages together to mail out to the Goodreads giveaway winners brought another silent grin...Inscribing the books, writing out the thank-you notes, including the business cards, double-checking the address, realizing I'd be mailing copies to Canada, England, Australia - each step one closer to a stranger getting to read, and perhaps enjoy, my work. Thank you to all who participated. If you weren't lucky enough to win a free copy, check out the discount on my "Store" page.

Creating the work is exciting enough. Presenting it - allowing others to appreciate it - is thrilling. More, please.
Posted by Sophisticated Rogue at 7:49 PM